I try to deepen the perception of the music in the performance situation, creating a field of tension surrounding the notation, the interpreter and the listener...

...that is where music takes place. 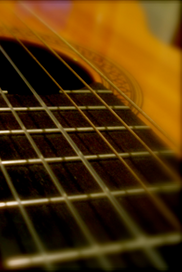 Oct. 22 2016, Leptosolipsis will be performed in Härnösand, Sweden

Jonas will perform at the Nymus Live festival in Härnösand, Sweden together with Mikkel Egelund Nielsen, guitar on April 5:th. Electronic pieces and guitar pieces.

The One Water performance from our tour start in Studio Acusticum in Piteå, Sweden is now available at the Digital Live Arena

Scheme of loose ends Graphical piece for cello to be performed in a series of concerts in Finland and Colombia during 2013 and 2014. Premiere in Helsinki august 15:th

The One Water project was granted support from Music Development and Heritage Sweden for a tour in Finland, Sweden and England Link

Soundweather productions include both live concerts and recordings

Live performances produced by Soundweather (to book a concert program, follow the link)